Cassagnes: from a coal farmer to the king of Parisian nights

The PUB St GERMAIN, it is first of all a figure: that of Jean-Claude Cassagnes who to escape the profession of "bougnat" to which his parents intended him and to become a waiter, produces them a false medical certificate provided by a complaisant doctor. "I preferred the bistro to the coal but my father did not want me to continue in this way. A doctor friend of mine from Aveyron helped me convince my father that he should let me follow the path of the bistro. "He married a "payse" whose parents owned the Relais Odéon and took over a bookstore on the Boulevard Saint-Germain which became the famous "Boul'Miche".

Immediate success: "I was the only one to stay open all night, with all the nightclubs of Saint-Germain des Prés, it worked like a charm. It must be said that at that time, the Parisian night was ten times more intense than today. "

THE BIRTH OF THE PUB ST GERMAIN

"Next to the Relais Odeon, there was a bookshop for sale. I bought it to create the Pub Saint Germain. I had spotted the concept of a box in Philadelphia, and at the same time, I loved English pubs. But no banker followed me when I wanted to do English food, like porridge and stuffed bellies. English food only worked for a year... On the other hand, we had 100 different whiskies and 500 beers, 32 of which were on draft. "

Julien Clerc, who was then performing in Hair, the musical emblematic of the hippie era, was one of the first regular customers. This did not do little to make the place known to partygoers.

"A record was broken one year with 2200 hectoliters sold in one year. Even with 650 places, it was crowded. I had to put a bouncer outside to calm down those who were queuing every night. "

THE EMBODIMENT OF THE PARISIAN NIGHT

The PUB St GERMAIN embodies the Saint-Germain-des-Prés of the 70's: an era of party and java, of liberation and utopias of all kinds, years that Cassagnes lives in his pub, in joy, with his friends Michel Polnareff or Francis Blanche.
"I wanted the business to be open 24 hours a day. One morning, I arrived around 8am, the door was locked because the manager wanted to clean up.  I had a locksmith come in to remove the lock and thus guarantee that the business would be open 24 hours a day. "

The PUB St GERMAIN then became the mythical Parisian bar that we know, the paradise of "party and beer" for over thirty years.

THE RETURN OF THE MYTH

It fades away for a few years before finally coming back to us, in December 2019, under the leadership of Thomas Saint-John and Greg Smith who make us "rediscover the DNA of the PUB St GERMAIN" by recreating "the cosmopolitan and warm atmosphere of Anglo-Saxon pubs".
It's an iconic establishment and a magnificent building," insists Thomas Saint-John. We wanted to recapture some of its history beyond the simple name, which has been known for several generations.

The PUB St GERMAIN finally regains its letters of nobility and comes back to us not as a pub but as "THE" Parisian pub, the still mythical and indestructible first Anglo-Saxon pub in Paris.

The PUB St GERMAIN is also :

A place where you can find all the information you need to make the most of your stay... More details

Did you know that you can privatize the PUB St GERMAIN for your personal and professional events? To know more about it

« Paradise for beer and party lovers for the last 30 years. »PUB St GERMAIN 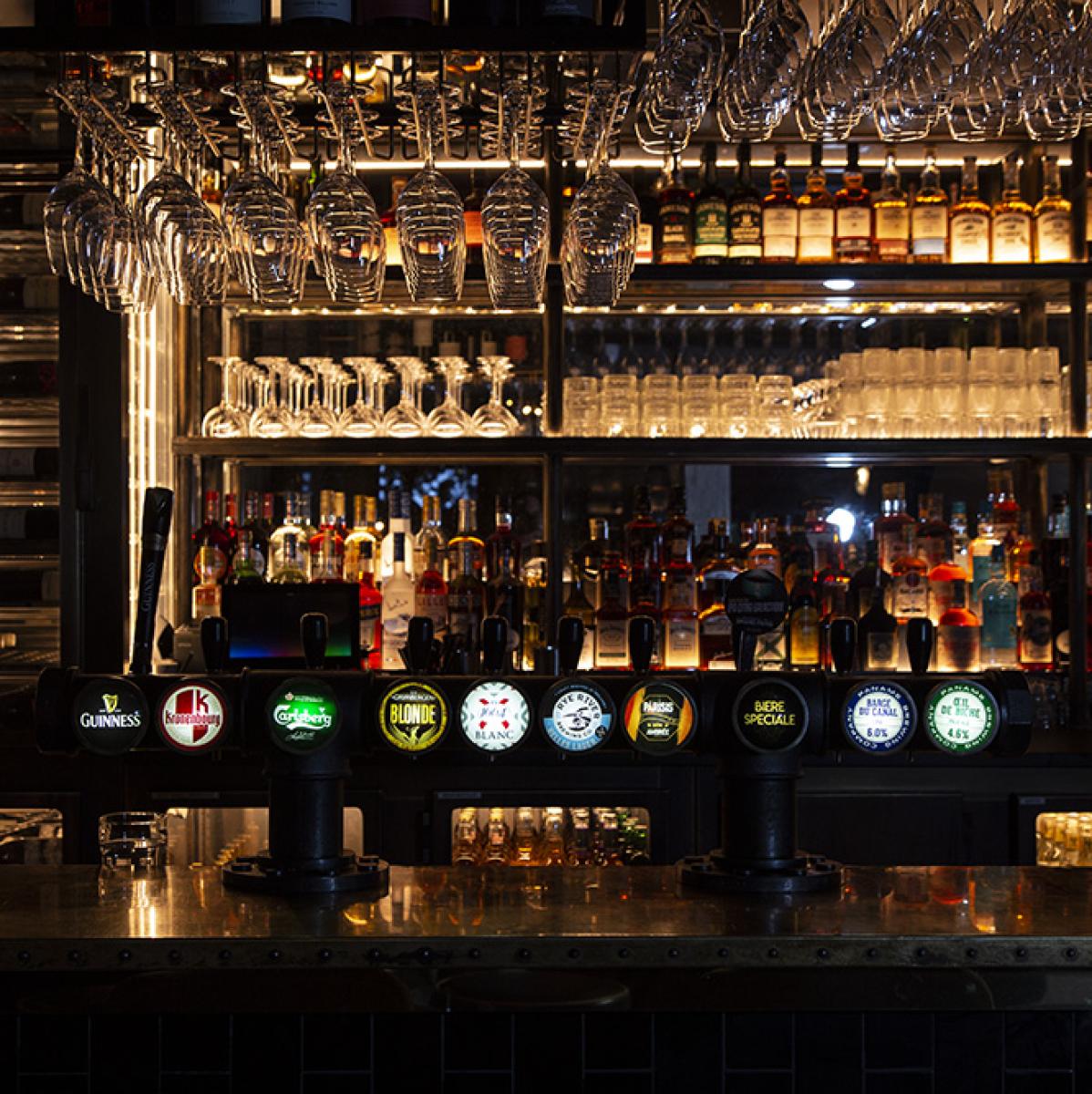